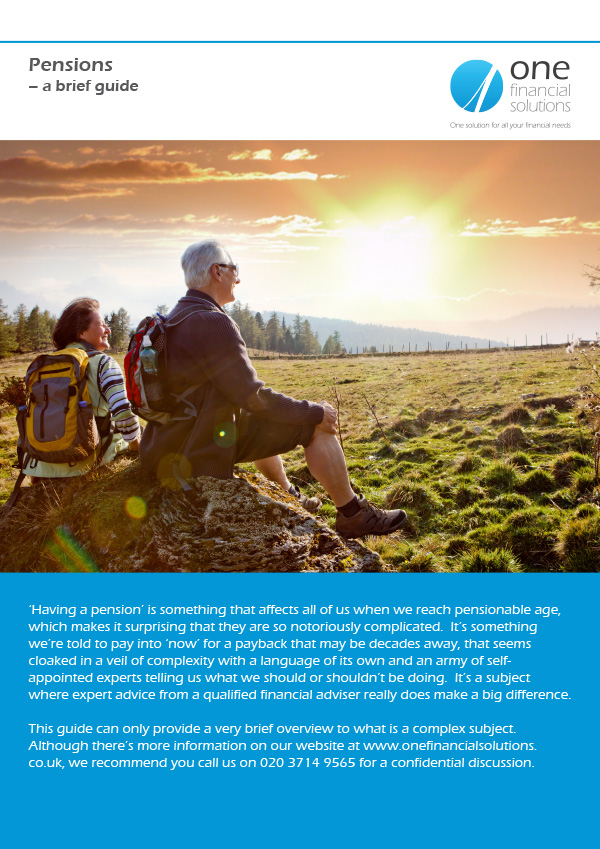 The State Pension is a ‘contribution-based benefit’ provided by the state. A series of statutory acts introduced since 2007 have gradually overhauled and reshaped the State Pension system; the two most notable, ‘high profile’ changes being the age at which someone becomes eligible to receive the State Pension and the way that what they receive is calculated.

Your individual State Pension is based on your National Insurance contribution record – effectively, the greater your contribution, which is measured in ‘qualifying years’, the greater the pension you’ll receive. The system is infamous for its complexity so, to simplify the system and make it ‘fairer’ to all, significant changes took place on 6 April 2016 with the introduction of a ‘new’ State Pension system.

To receive the maximum, or ‘full’, basic State Pension you’ll need to have paid National Insurance contributions, or received National Insurance credits, for a minimum of 30 ‘qualifying years’. If you’ve less than 30 qualifying years, the basic State Pension you’ll receive will be based on the number of years or credits you have.

National Insurance credits are awarded if you’re unemployed and get Jobseeker’s Allowance or Employment and Support Allowance; are a carer and receive Carer’s Allowance; claim Child Benefit or have an illness or disability that prevents you from working.

You may also be eligible for the Additional State Pension which, depending on how long you’ve been working, may be made up from benefits from three schemes: the State Second Pension (S2P); its predecessor: the State Earnings-Related Pension Scheme (Serps); and, if you were working before April 1975: Graduated Retirement Benefit. You’ll receive any Additional State Pension you are entitled to automatically, paid at the same time as your basic State Pension.

Employers and employees both made regular contributions to S2P and Serps unless the employer offered their employees the opportunity of ‘contracting out’, leaving the state scheme – and consequently paying less national insurance – to join a theoretically more beneficial workplace or personal pension scheme as an alternative.

Until 1988, contracting out of Serps was only possible if the employer offered a final salary pension scheme (defined benefit) with a Guaranteed Minimum Pension (GMP). In 1988 the option of contracting out was extended to employers with money purchase schemes (defined contribution), the employer having to pay any savings made in National Insurance contributions into the alternative scheme.

Contracting out of S2P, and Serps, was also possible by starting an Appropriate Personal Pension (APP), usually a stakeholder or personal pension plan. Instead of paying lower National Insurance contributions, HMRC pay a rebate into the APP each year to replace the pension benefits given up.

A new, single-tier system was introduced on 6 April 2016 with the objective of making the system both simpler and fairer by abolishing the Additional State Pension and introducing a flat-rate payment.

The new State Pension is still based on a person’s individual National Insurance record but the number of qualifying years needed to receive the maximum amount has been increased from 30 to 35 years; if you’ve less than 35 years you’ll receive a pro-rata amount. In addition, unlike the ‘old’ State Pension, you’ll need a minimum of 10 qualifying years to receive anything at all.

For more about the new State Pension, please download the Department for Work & Pensions’ 12-page guide, ‘Your State Pension Explained’

Changing from the old to the new system

If your State Pension age falls on or after 6 April 2016 and you’ve been making National Insurance contributions and have contributed to earning-related schemes, transferring to the new system is complicated and you may find yourself worse off, especially if you contracted out of the State Pension at some time during your working life.

On 5 April 2016 the Department for Work and Pensions converted your individual National Insurance record into a ‘starting amount’ under the new State Pension scheme. This won’t be less than the amount you would have received under the old system, but it may be less than, equal to, or more than the full new State Pension. If your ‘starting amount’ is:

The effect of having ‘contracted out’

If you contracted out of the Additional State Pension, either Serps or S2P, you may find you’re not eligible to receive the full new State Pension. ‘Contracting out’ meant agreeing to give up the right to the Additional State Pension by paying less National Insurance. The idea that drove contracting out was that it allowed an individual to use the money they would have paid as a National Insurance contribution to build up an additional retirement benefit in an alternative workplace or private pension scheme, the value of which would probably outweigh what they would receive from either Serps or S2P.

The Department of Work and Pensions take this principle into consideration in their calculations, ie: if, through contracting out, you aren’t eligible to receive the new State Pension in full, any deficit should be offset by the benefit you’ll receive from the pension scheme you (should have) used as an alternative.

To get an estimate of your State Pension from the Department for Work & Pensions, please click here.

One Financial Solutions is here to help you. We’ll work with you, assess your current circumstances, review your retirement goals and help you put in place a pension strategy to meet them, ensuring that having a ‘financially secure and comfortable retirement’ isn’t something that’s left to chance.

We’ll assess the value of your State Pension and make sure you receive everything you’re entitled to. We’ll review any workplace and private pensions you may have and recommend any changes we feel are beneficial. If you need a pension scheme we’ll find one for you and, as a truly independent firm of financial advisers, we’ll select one from the entire market and make sure it’s the best one for you.

So, if you’re looking for specific help about any aspect of your pension or just want advice on the subject, please call us on 020 3714 9565 or ask us to call you by sending an email to admin@onefinancialsolutions.co.uk.