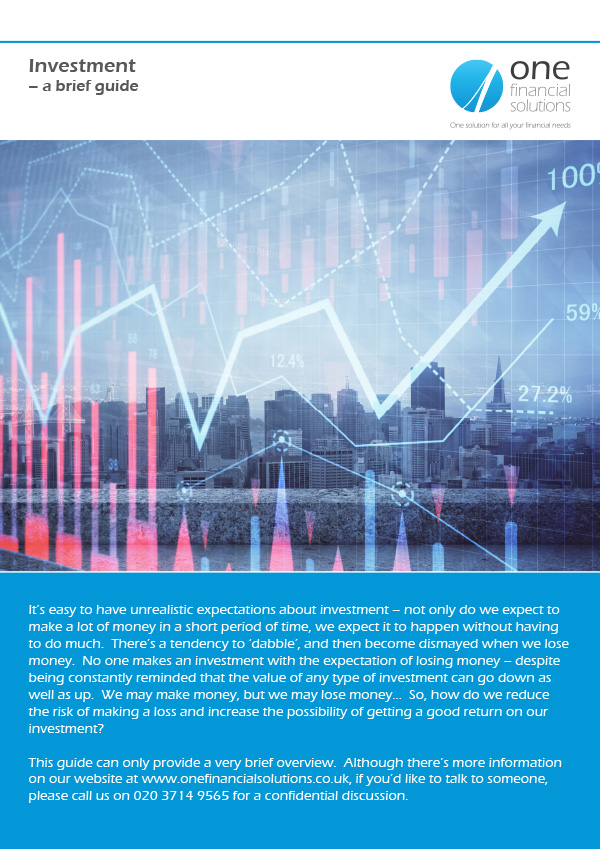 Those offering financial advice always tell us that we should start saving as soon as we can. Apart from maximising the opportunity to save money for the future, the longer the money’s saved for, the more its value may increase. The same applies to investing which is why we’re always advised we should view any form of investment as a long-term venture.

Most of us start saving when we reach adulthood; possibly to buy a car, maybe for a deposit on our first home and perhaps, if we’re really canny, for our eventual retirement. But why wait until then – what about those first years of our lives, our childhood? As children, we may not be earning anything at all – but children do receive money that they may not really need because they’re living at home; that is inappropriate for them to have at the age they are or because generous relations want to put away something for their future. It could be mum and dad starting a savings plan to cover the cost of school or higher education fees; it may be money that’s been left in a will that needs to be protected until the child reaches a specific age or it may just be pocket money the child wants to save for some reason or other.

If you can afford to, saving for your children’s future is certainly worthwhile and there are several ways that both parents – and children – can save substantial sums of money, often tax free, for their future. Tax is something that has to be considered as, although some methods of saving / investing are tax free, others are not. Children receive the same tax-free personal allowance as adults so, if you are saving on their behalf, it makes tax-efficient sense to use their allowance rather than yours.

Why are you saving?

As with any kind of investment, it’s important to think about the reason why you’re saving in the first place, as it will help you decide on the best way of doing it. Cash saving accounts, Junior ISAs, Junior Stakeholder/SIPPs and bare trusts all have something to offer, but it’s important to choose a method that meets your objectives. Choose the wrong one and you may inadvertently lock the money away and, potentially, for 18 years.

One of the most popular ways of saving money for a child’s future is by opening a Junior ISA but this, together with Child Trust Funds and Junior Stakeholder/SIPPs may not provide the result you want. A typical example is parents saving for a child’s education. Although opening a Junior ISA or continuing to make deposits into an existing Child Trust Fund may seem like a good way of saving money for this, there are two pitfalls. Firstly, the money is locked into the scheme until the child reaches 18 – okay for university fees but too late for school fees – and secondly, when the child reaches 18 they have legal access to it and may want to spend it on something else. Similarly, although opening a Junior Stakeholder/SIPP to help save for their eventual retirement is a generous thought, it locks the money away until they reach 55 – what if it could provide them with what they need before then?

So, if you’re saving for a specific reason or event, it’s a good idea to talk your needs through with your financial adviser. Apart from having a clear idea of what you want to achieve, you’ll have to determine how much money you’ll need and when you’ll need it so that, together, you can set up a savings scheme that meets your objectives.

Something else to consider is that any account held in your children’s name legally becomes theirs when they reach 18, and that means they may receive direct access to a large sum of money – something you may feel, for whatever reason, is ‘undesirable’.

Given the various pros and cons of the different methods of saving and investing money for your children, it’s likely that most parents will opt for a ‘diverse portfolio’ of schemes rather than putting all their eggs into just the one basket.

The simplest way of saving is, of course, to open a cash savings account. Following the introduction of ISAs in 1999, many parents inadvertently ignore savings accounts in favour of the tax-free benefits a Junior ISA provides. There are, however, features in both types of scheme that should be considered before rushing to open a Junior ISA.

The Child Trust Fund was a relatively short-lived, tax-free saving scheme sponsored by the government in an effort to encourage parents to save for their childrens’ future. Launched in 2005, HMRC sent parents a £250* voucher for each child born between 1 September 2002 and 1 January 2011. It was intended that parents use this initial voucher to open a Child Trust Fund account in the child’s name, the first voucher being followed by a second, similar amount, when the child reached the age of 7.

* There was some variation in the actual value depending on the child’s circumstances.

The money in the account belongs to the child and is ‘locked in’ until they reach age 18 – which, for someone born on 1 September 2002 will be 1 September 2020 – at which point the money can be either withdrawn or is automatically transferred to an ‘adult’ ISA giving the child access to it. The fund is both Income Tax and Capital Gains Tax free.

The scheme effectively closed on 1 January 2011; the government stopped issuing vouchers to parents and new Child Trust Fund accounts could no longer be opened. Despite this, it’s still possible for the child’s family and friends to pay into an existing account; payments being limited to the same annual allowance as a Junior ISA. The Child Trust Fund scheme was partly replaced with Junior ISAs which were introduced nearly a year later, in November 2011. It isn’t possible to have a Child Trust Fund and a Junior ISA simultaneously but those with a Child Trust Fund can convert it into a Junior ISA if they choose to.

A feature of the scheme was that the child’s parents didn’t have to open a Child Trust Fund account. If the voucher hadn’t been invested within a year, HMRC took it upon themselves to open a stakeholder account on behalf of the child. As a consequence, it’s estimated that hundreds-of-millions of pounds are gathering dust in named Child Trust Fund accounts that parents, or their children, didn’t realise, or had forgotten, they had. So, if you have children born between 1 September 2002 and 1 January 2011, and you’ve never heard of the scheme, it’s worth checking as they may be more than £500 better off…

The Junior Individual Savings Account – Junior ISA or ‘JISA’ – was launched on 1 November 2011 as a replacement for the Child Trust Fund scheme which had closed in January that year.

Operating in exactly the same way as an ‘adult’ ISA, the Junior ISA is available to children under 18 who were born before 1 September 2002 and after 2 January 2011, ie: outside the Child Trust Fund ‘window of eligibility’ (as those born between these dates were automatically included in the Child Trust Fund scheme).

Junior ISAs are available in both cash and stocks and shares formats, the later acting as a tax-free wrapper for a share portfolio. Both work in a similar way to adult ISAs, although there are a number of significant differences:

Although children under the age of 18 can’t hold shares in their own name, parents can hold shares on their behalf by using either a ‘wrapper scheme’ or a trust.

This is a way of buying shares in investment companies and is sometimes known as a ‘share plan’, ‘investment scheme’ or ‘saving scheme’. Shares are held in the parent’s name, as the child’s parent or guardian, but specifies that they are being held on behalf of a named child.

If you chose this route you must look closely at the potential tax situation as it may affect you, the child and anyone else who makes a contribution to the scheme. You need to establish whether you will be expected to pay tax on the investment income and this will depend on who is contributing to the investment.

A trust is a legal undertaking whereby one or more trustees are made legally responsible for holding assets, including shares, for specified beneficiaries. There are many types of trust, but the two commonly used for holding assets for children are either ‘bare’ or ‘discretionary’ trusts.

Both work in a similar way. A settlor, perhaps the parents, puts assets into trust for the benefit of a named beneficiary. The trust is then managed by the trustees in accordance with the settlor’s instructions; the trustees being able, for example, to withdraw money to pay for school fees or other prescribed circumstances.

Under a bare trust, the beneficiary immediately assumes legal entitlement to the trust’s assets when they reach 18; under a discretionary trust, the settlor decides when and how the beneficiary will become eligible to receive the trust; their wish being fulfilled by the trustees. Having a say as to when, and how, your child receives the assets that you’ve put in trust for them is an advantage, but it’s something that frequently comes at a significant cost as legal and management fees can be high.

Junior Stakeholder/SIPPs have been available since 2001, meaning that parents can start laying the foundations for their child’s retirement from the day they are born.

Parents can currently pay £2,880 a year (tax year 2020-21) into a child’s pension fund but, as with all pension schemes, Junior Stakeholder/SIPPs are eligible for 20% tax relief which takes the total to £3,600. Although you can pay more into a scheme, you won’t receive tax relief on this.

Assuming an interest rate of 5%, a parent who made 18 annual payments of £2,800 would create a pension pot of just over £1 million for their child – but they would only be eligible to receive it when they reached the age of 55.

To maximise tax efficiency, it’s sensible for parents to open savings plans and investment schemes in the child’s name rather than their own as doing so uses the child’s personal allowance rather than their own. In reality, Junior ISAs, Child Trust Funds and Junior Stakeholder/SIPPs are already protected from tax so any tax liability would only derive from cash savings plans or trusts.

A ‘quirk’ to be aware of is the ‘£100 rule’: if the amount of interest resulting from a parent’s payment exceeds £100, the tax liability becomes the responsibility of the parent and is taxed at their tax rate.

“It’s not about timing the market, it’s time IN the market that counts.” is another of Warren Buffet’s legendary quotes. Apart from re-emphasising that investment should be treated as a long-term venture, it also underlines that ‘being in the market’ helps build the all-important store of knowledge and experience you need to be successful – something you can’t pick-up quickly.

One Financial Solutions is here to help you. Our advisers are experts who live and breathe investment – it’s how they make their living. They’ll take time to talk to you about your financial objectives, the level of risk you’re prepared to accept and any investment preferences you may have. They’ll provide expert guidance and, once you’re happy to go ahead, they’ll put everything in place and keep you updated for the duration of your investment.

So, if you’re looking for help with any aspect of investment, please call us on 020 3714 9565 or ask us to call you by sending an email to admin@onefinancialsolutions.co.uk.

The value of your investment may go up as well as down and you may not get back the initial amount you invested.